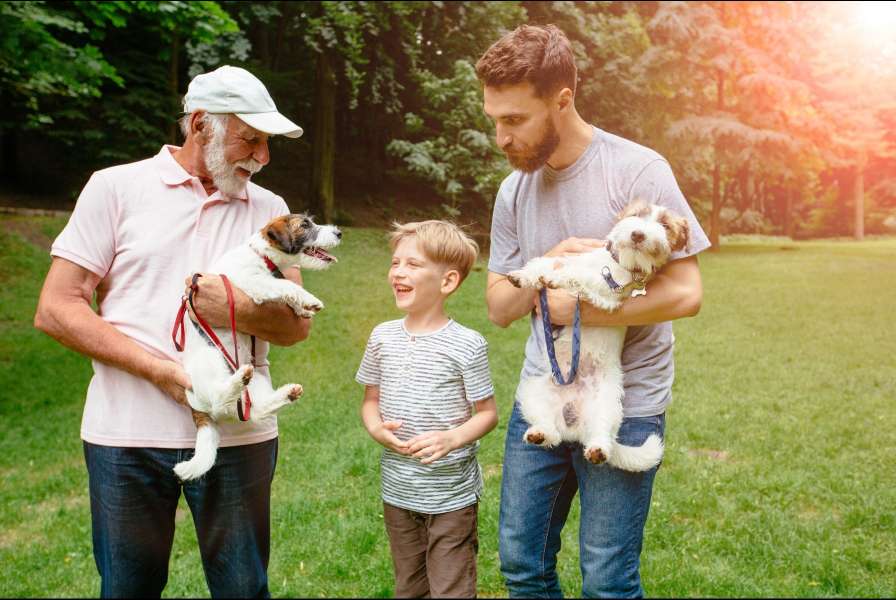 Communities are made up of people of all ages. However, a study conducted by the RAND Corporation44 found that parks are increasingly geared toward the young. The study focused on cities with a population of more than 100,000; data collectors were sent into 174 parks in 25 major cities, asking them to describe the facilities and conditions, and the demographics of users during a typical week during the spring or summer of 2014.

Parks, of course, varied from neighborhood to neighborhood. But looking across the entire survey sample, almost all had lawns and play areas. About half had outdoor basketball courts and baseball fields. But just 29 percent had a walking loop, and the percentage of parks with a dedicated exercise area or fitness space was in the single digits. Adults ages 60 and up made up only 4 percent of park-goers, even though they're 20 percent of the population. Thirty-eight percent of park users were children and 13 percent teens, though those demographic groups represent 20 percent and 7 percent of the U.S. population, respectively.

Parks and open space are meant to be used by all people, regardless of age or other demographics. A well-designed environment provides a wealth of benefits for all generations. However, as suggested by the aforementioned RAND study, many parks and public spaces may not be set up for maximum enjoyment by all generations. One of the most important aspects in creating intergenerational relationships is paying attention to how the physical environment plays a role in promoting, or inhibiting, intergenerational engagement. While most will recognize the importance of multigenerational settings, where the physical environment is designed to Environments that Promote Intergenerational Play and Recreation accommodate the physical and psychological needs of people across the age and ability spectrum, there needs to be an equal consideration to the ways these environments afford opportunities for meaningful engagement between members of different generations.

Understanding the unique balance (and ongoing change) of a community’s residents, maintaining the right balance of infrastructure, programming, and amenities, and obtaining meaningful feedback to react to perceptions and need, all while balancing budgets and competing priorities can be challenging. However, studies have documented the connections between nature experiences and human health and wellness, and evidence confirms that natural environments can aid with attention restoration and stress reduction, contribute to positive emotions, and can promote social engagement and support across generations in a variety of ways.

While the use of outdoor space to create settings that encourage the benefits of intergenerational relationships just makes sense for all the reasons discussed in the previous chapter, and more. Recent years have seen a resurgence in the protection of the natural environment, from people moving to urban areas away from nature, to schools looking to “green” their schoolyards, to the growth of organizations intent on preserving green space for the future. However, research shows the barriers that disconnect people from nature are significant and society-wide, but despite this challenge there is opportunity. People of all ages and backgrounds recognize that nature helps them grow healthy, be happy, and enjoy family and friends. Restoring relationships with nature requires collaboration not only within the nature conservation community, but across broad sectors of society such as education, urban planning, policy making, and community development. Adults who are concerned about the world they leave behind are tasked with ensuring this love, appreciation, and concern about the state of the world is curated among the young who will inherit it, and intergenerational opportunities in nature is a valid catalyst for making this happen.

Our parks and public spaces have great potential to change our communities for the better. By bringing together people from all backgrounds and ages, the public places we all share can combat generational silos, segregation and other age-related issues we are facing as a nation, while helping to ensure equitable access for all. Intergenerational design aims to bring people together through purposeful, mutually beneficial activities that promote greater understanding and respect between generations. Additionally, investing in these spaces fosters value creation by building cohesive communities, encouraging additional investments in neighborhoods and local businesses, and changing the perception of safety.

As demonstrated in the previous chapter, a RAND study of 174 parks in 25 major cities with population over 100,000 demonstrated the generational disparities found in the subject parks. Neighborhood parks and programmed activities tend to be geared toward youths more than adults. Disparities in park use include low use by adults, seniors, women, and girls, and lower use in high-poverty areas. Designing public spaces to attract and hold the attention of multiple generations is an important strategy for encouraging intergenerational play and recreation, and can be achieved with a meaningful design plan that considers the many ways people can gather and participate across intergenerational groups. Think first about the types of intergenerational behaviors, like walking, reflecting, exercising, and playing, then give consideration to the amenities that can be added to each behavior zone to encourage participation. It is not enough to simply add amenities that are exclusive to a single age group, but rather we must understand the behaviors and activities that people of all ages may be interested in, and how the environments we create foster a feeling of inclusion, not exclusion, across the age spectrum.

Additionally, even within multigenerational spaces there may be some highly active areas where observation rather than the event itself is the more enjoyable pursuit. As an example, seating/bleachers around sport courts, skateboard areas, and similar “high energy” active spaces provide ways to passively enjoy the activity, with the addition of clearly marked routes to and from the seating areas to avoid conflict with more dynamic participants. However, there may be times when people would prefer solitude or gathering with their own generation, so providing choice and flexibility in how to engage is key, and organizing park spaces to facilitate interaction while considering people’s need for privacy is important so that interaction isn’t forced and the park is meaningful in terms of how much or how little one chooses to interact. 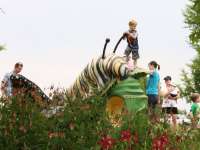 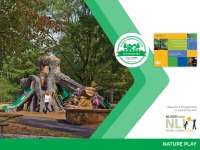 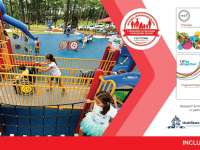 Inclusive play provides high-quality outdoor play experiences for people of all ages and abilities that develop the whole child.