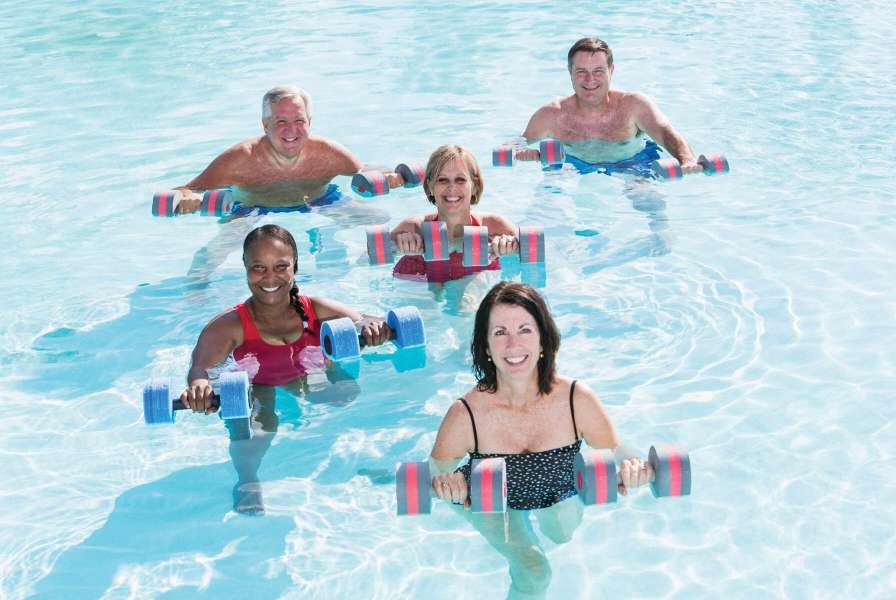 For many of us, there is a level of fear of losing our cognitive abilities as we age. No one wants to be dependent upon other in the way that dementia causes. If there were simple and safe ways of preventing this, certainly any reasonable person would adopt such practices.  It has long been known that a healthy diet, maintaining a healthy blood pressure, avoidance of excessive amounts of alcohol, and getting regular exercise can all be beneficial in reducing the chance of developing dementia. But some recent research raises the possibility of an even more powerful means of reducing the chances of developing dementia even treating existing dementia.

In the past several years, it has been found that blood flow to the brain may be enhanced by simple aquatic immersion, and during aquatic exercise. Researchers placed healthy subjects into a tank, measuring blood  flow through the major arteries supplying the brain as the subjects were progressively immersed, going from zero depth. Both cardiac output and blood flow to the brain increased substantially, and a subsequently study showed that this increase persisted throughout an exercise period, when compared to dry land exercise of the same intensity. Other studies have shown that aquatic exercise acts to prevent the age-related stiffening of large vessels, permitting improved blood flow.

While no formal studies have been published to date assessing the impact of aquatic immersion and exercise in dementia, there is an emerging and fascinating series of aquatic intervention case reports regarding people with Alzheimer's disease. These individuals have shown improved speech and language function, improved balance and agility, and improved cognitive and memory function not only during the period of immersion but even persisting  afterwards. As additional research supports these case reports, aquatic immersion and exercise may more formally emerge as a marvelous and scientific  approach to helping people with dementia.

Meanwhile, it is reasonable to take advantage of the wonderful ways in which aquatic immersion and exercise has been shown to improve brain blood flow and arterial health. Perhaps you might be preserving your brain function for many years into the future.

"I had neck surgery, was overweight with high blood pressure/cholesterol. The rehab which included the heated salt water pool allowed me to regain my energy and begin an exercise regimen." 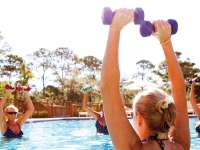 You can experience a level of calorie burning during water exercises that will rival and perhaps exceed anything you could ever attain on land. 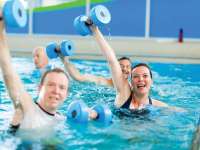 Aquatic exercise is known to be effective in improving cardiovascular health and has favorable effects on overall body composition. 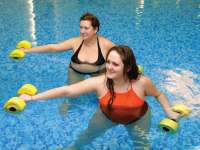 Due to the increased buoyancy of water, individuals may find it to be a desirable environment for exercise.