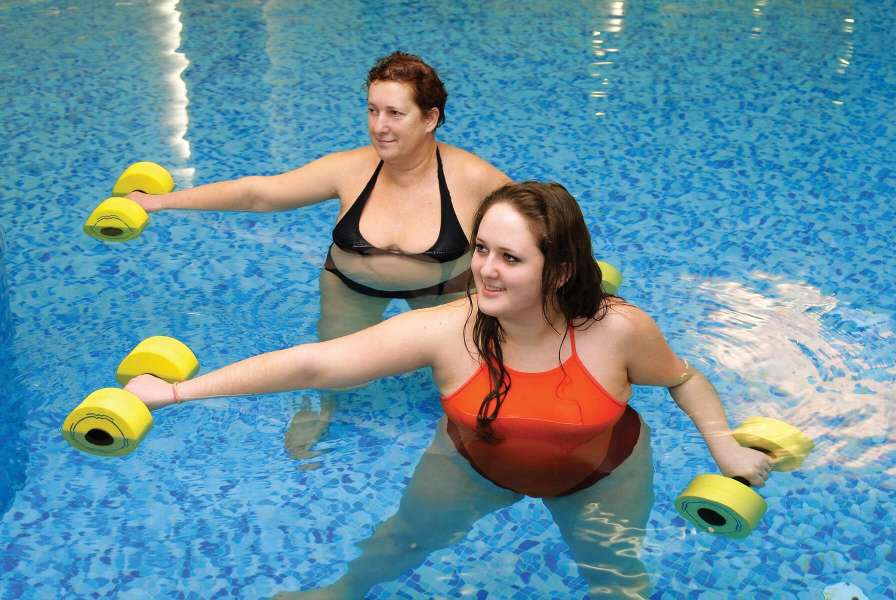 Obesity in the United States has reached epidemic levels with approximately 69% of adults classified as overweight or obese. In highlighting the role of physical activity for the treatment of obesity, aquatic exercise is quickly growing in popularity and considered an effective alternative to land-based exercise providing unique benefits for individuals with a body weight issue.

Exercise prescription in the treatment of obesity is strongly influenced by the patient’s ability to exercise. Overweight and obese individuals are typically prescribed land-based activities performed at moderate intensities due to their practical nature and convenience. However, research suggests some patients are not able to tolerate weight-bearing aerobic activities. Despite the proven benefits of aerobic exercise, these traditional modes are associated with musculoskeletal pain, osteoarthritis of the knee and hip, and increased risk of injury due to accumulated stress on the lower extremities and spine with excess body weight, and the added metabolic cost associated with excess weight makes it more difficult to exercise for sufficient frequencies and durations, because it is perceived as too strenuous. Consequently, there is mounting evidence to support that obese individuals have a reduced exercise tolerance for land-based activity, with pain and injury from exercise often cited as reasons for discontinuing a physical activity program.

To counter these issues which often limit activity in obese individuals, the American College of Sports Medicine recommends non-weight bearing modalities for physical activity programming in an obese population. Due to the increased buoyancy of water, obese individuals may find water to be a desirable environment for exercise. Water immersion results in up to a 90% reduction in body weight, potentially preventing injuries caused by excessive strain. Additionally, patients may experience less heat stress due to water’s thermoregulatory characteristics permitting a more efficient heat dissipation, resulting in aquatic exercise being perceived as less strenuous.
Weight loss through increased physical activity is of great importance for overweight and obese. A few studies have indicated that aquatic exercise programs elicit equal reductions in body weight and body fat compared to land-based exercise programs, and is supported by recent research showing that obese women expend a similar number of calories walking in the water and land. Additionally, researchers have reported that even at higher intensities, individuals exercising in water will perceive the activity to be easier.

In addition to expending calories, physical activity also protects against the loss of lean mass, improves cardiorespiratory fitness, reduces obesity related cardiometabolic health risks, and promotes a sense of well-being. Aquatic exercise has shown numerous behavioral and psychological benefits in overweight and obese populations, with aquatic exercise groups having greater enjoyment and quality of life measures compared to individuals in land-based groups.87 In populations where there are a number of perceived barriers to exercise, increased enjoyment and quality of life outcomes may result in greater participation and adherence to an exercise program.

This article was written by Jacquelyn Ann Nagle, Ph.D, Assistant Professor, Department of Counseling and Exercise Science, John Carroll University as part of an aquatic treatise, Water Immersion Works®: Research-Based Health Benefits of Aquatic Immersion and Activity. Sources for this article can be found on pages 34-35. 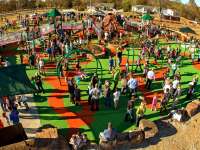 A playground supervisor must be familiar with the play environment as well as the playground equipment. 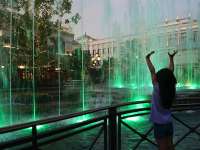 Fountains can help augment nature, create gathering spaces, attract people, have a calming effect, and be a beneficial contribution to a natural landscape. 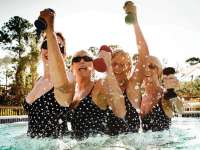 Water immersion is critical for the overall health of every individual, for uniting families, and building communities.