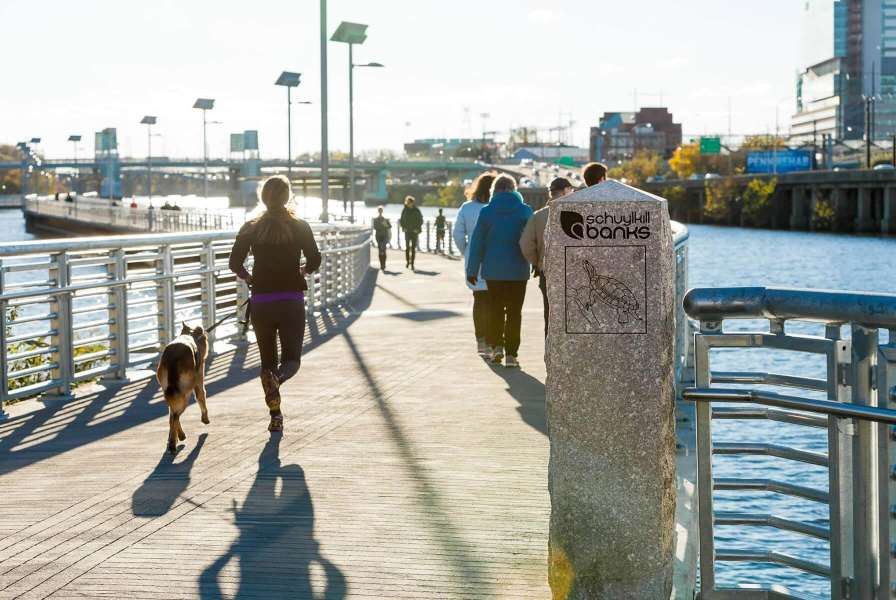 Historically, the State of Pennsylvania was a railroad hub with rail lines merging into Philadelphia and built between the Delaware and Schuylkill rivers. Rail lines ran up and down the seaboard creating the largest railroad system of its time in the world. After WWII, as industry left Philadelphia, the riverbanks become more open. The Parks and Recreation Departments of the area started the process of reclaiming green open spaces and creating paths in what used to be the railroad lines. These were designed to be wider, longer, and feature multipurpose areas for recreational activities.

The concept of creating a 168 mile long trail became a reality after Parks and Recreation Departments started to work together to connect the counties of Philadelphia, Montgomery, Chester, Schuylkill, and Berks. A trail was developed in Delaware County along the canals. Over time, the trails started to become more developed thanks to the green space available.

In the 1980's and 1990's the William Penn Foundation made the watershed a priority in the area with the goal to have access to the waterway. This foundation funded non-profits around the region (composed of 9 counties) to help build as much access to waterways and trails as possible. This traditional funding model was successful for a limited amount of time as the organizations shared the same goals but had not developed a long-term strategy.

The concept of connecting the existing trails around Cooper River with those around the Schuylkill and Delaware rivers was an idea a small group of people were advocating for, but the idea was not widely recognized in the community. In the 2000's there was a major effort to extend the Schuylkill River Trail, which started at the Philadelphia Museum of Art, to expand south about 13 miles. The acceptance of the new Highway Transportation Bill allowed federal funding for non-motorized transport to be used for the construction of the trail. The bill promoted community groups to spend the money on biking, walking, paths, and trails that connected businesses, homes, and offices together.

In 2003, the construction of the Schuylkill River Trail was started next to an active rail line. However, because of the proximity to the railroad, construction was delayed until it could be certain that individuals using the trail were at no risk of injury. The campaign started in 2004 with an agreement between the CSX Corporation (the railroad company) and the City of Philadelphia, which allowed people to cross the rail by two new bridges, as opposed to having a trail running parallel to the railroad.

Unfortunately, the financial crisis of 2007-2008 out a stop to many projects including the development of trails. The coalition thought that under President Obama's stimulus capital to move forward. Regrettably, the coalition learned other projects were prioritized since these were already ready to start construction. During this time, the coalition learned a lot about transportation, funding, and how other trails projects received funding.

A year later the Department of Transportation (DOT) launched a grant for sustainable projects. The TIGER (Transportation Investment Generating Economic Recovery) grant, a supplementary discretionary grant program, met the needs of the coalition and they worked together to apply. After discussing the project with other non-profit organizations and agencies, a map was put together with all the possible trail networks and connections that could be built to enhance the existing system. Since this was a multi-jurisdictional project, the months of waiting, they received notification they had been awarded $10.265 million. The grant was divided into three projects including one to change they swing rail bridge over the Schuylkill River near Grays Ferry into a bridge trail.

The William Penn Foundation executives were ecstatic after the City received such a large grant before. This was, without a doubt, a catalyst for building the trail network, which is today known as The Circuit Trail. The private companies investing in the project since its inception supported the project and helped leverage the Federal government for more investments of this type. A total of $60 million has been received since then, thanks to all the advocates that invested their time and work.

The Philadelphia Bicycle Coalition (PBC) has made it a goal to focus their resources and attention to tracking each mile that opens throughout the trail network. This includes celebrating each new segment and sharing success stories and accomplishments with others. Ultimately, the goal is to make sure everyone feels the success and the impact the trails have on the community.

In 2012, the PBC extensively researched how many miles were already existent and how many more needed to be included in The Circuit. In the future, and to keep individuals and communities focused on the project, the PBC is looking to build 500 miles by 2025 and connect the 750 miles of trails in order to develop a trail network unlike any other in the country. The Circuit will connect urban, suburban, and rural communities and provide a place for healthy transportation and recreation while connecting the communities to green spaces. In the meantime, they are marking The Circuit through social media, local media, and their website to keep individuals and the community engaged.

"The TIGER Round I Grant catalyzed trail development, was greatly leverages by private, state, and other federal dollars and essentially launched the rebranding of our regional trail network as the Circuit Trail."

This article was written by Sara Stuart, Shift Into Gear: A Bicycling Advocacy Resource. 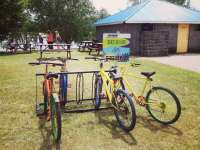 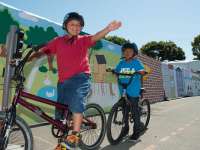 Long Beach share is a great way to get around the city easily. 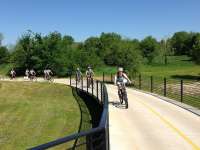