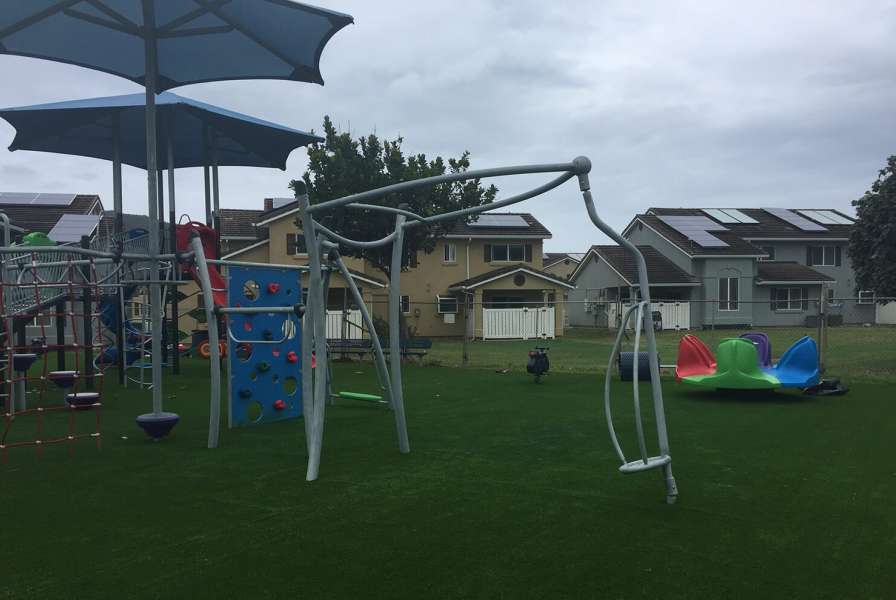 Nestled between swaying palm trees, Pa Honua is a cozy neighborhood that welcomes its military residents in with lush landscaping and nearby ocean views. The community boasts over 450 spacious homes. Located on the Kaneohe Marine Corps Base in Kaneohe, Hawaii, the community needed to replace multiple playgrounds. To ensure they met residents’ needs, the playground committee reached out to the resident military community to gather feedback, and discovered that “play spaces that can increase physical activity” was at the top of the list. The community also requested larger “destination” playgrounds for children of all ages, instead of lots of tiny “tot lots.” The group then met with a local representative that introduced them to the Play On! program, which focuses on youth fitness through active play on the playground.  The team decided that would benefit their community most, and  the Pa Honua Super Playground was installed and opened to the public in March 2018.

The super playground name comes from its size. Space is a commodity on the island, so at 5,000 square feet, the playground is the biggest playground on the base and in the area. Using the design principles of Play On!, the playground consists of 20 play components, is ADA compliant and features a variety of six key elements of play to promote physical activity: balancing, brachiating/bilateral upper body activities, climbing, sliding, and spinning. The design encourages movement such as running, chasing, exploring, and active play all while providing a developmental progression of skills for beginning, intermediate, and advanced level users. The newly upgraded Pa Honua playground will include one area for 2 to 5 year old children and a second area for children aged 5 to 12. Not only will this be more exciting for children but it will also make it easier for parents with children in both age groups.

The Pa Hanua Super Playground received National Demonstration Site recognition (the first in Hawaii), for increasing youth physical activity and fitness through active play, become a part of a national registry, and is promoted actively to other communities wishing to offer appropriate promotion of physical activity to help share best practices.

“We hope that it will bring the military community together through outdoor fitness that is fun, exciting, and appealing,” says Jess Brown, Project Coordinator. "Pa Honua" means "new earth" or "new beginning" and the new play space is certainly a new beginning for the children and families who live there.

More in Projects of Distinction 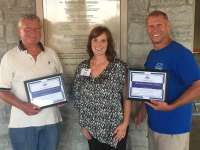 Earl’s Island Fitness Trail is a place where people could actively exercise in a traditional fitness setting.