PlayCore | Case Study: Updating or Replacing? That is the question 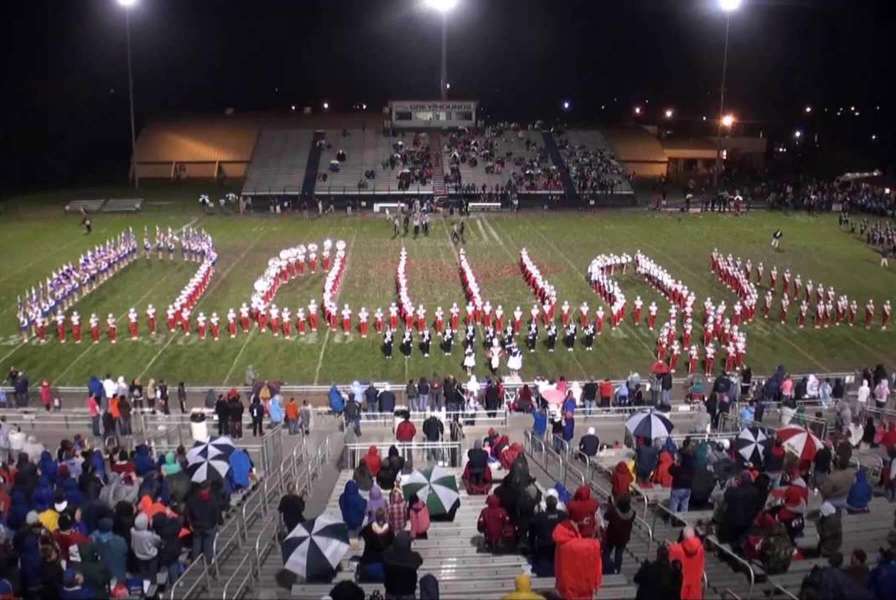 Case Study: Updating or Replacing? That is the question

A Safe Stadium for Everyone

The South-Western City School District is the 6th largest public school district in the State of Ohio covering 119 square miles including urban, suburban, and rural settings. This is one of the most unique districts in the state of Ohio. Grove City High School is one of six high schools in their system. Formerly known as Jackson High School, Grove City High School offers a music program with over 300 wind, percussion, and string musicians, which has received over 30 Grand Champion awards over the last 10 years in the Ohio Music Education Association (OMEA) competitions. In addition, the high school hosts football games throughout the year.

The football bleachers at Grove City High School were 25' high, made out of wood boards, did not meet existing building codes requirements, the concrete foundation supporting the bleacher frames was relatively small in comparison to current building requirements, and the structure was not accessible. South-Western City Schools decided it was time to update the district's facilities but needed help deciding to either upgrade or replace completely the visitors' football bleachers structure. They enlisted Schorr Architects, Inc. to help make the decision.

A comparison study was made to gather information on the cost for a new structure versus upgrading the existing one. The district decided to replace the bleacher with a new 2,000 seat structure while the architectural firm developed a cost effective angle frame bleacher assembly solution for the new project. In February 2015 the project was advertised and went to bid. The district hired a contractor that was able to provide them with a turnkey bleacher project. They completed the removal of the original bleachers, the extensive concrete site work, did the landscaping, installed the fencing and railing, and even took care of the electrical site work. They were able to work around an existing structure behind the bleachers that houses another facility and a nearby a cell tower. 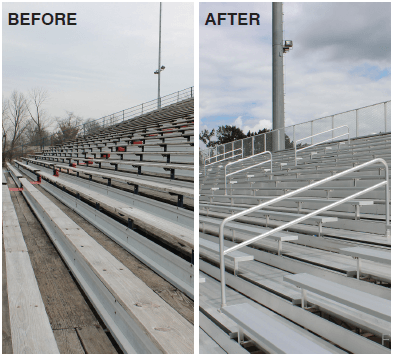 Today, Grove City High School offers their guests a new 15 row x 234'-6" elevated bleacher, including ADA accessible seating, appropriate entrances and exits, code compliant railing, and a stable and safe environment for everyone to enjoy. With a total net seating capacity of 1,988, the bleacher was shipped early May 2015 and was completed by early June 2015, ahead of the project deadline. The project was such a success that they  have even opened the space to others in the community; for example, for the Independence Day weekend the adjacent community will display fireworks and the school has graciously allowed members of the community to use their bleachers to enjoy the view.

"Replacing our bleachers was a better investment for us than updating the existing structure. We are happy we did! We are now able to serve our high school as well as the community by hosting events opened to the public while knowing everyone is safe." 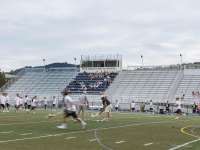 Marin Catholic School concentrated on making their small space compliant with ADA & utilizing it to accommodate a growing athlete population.