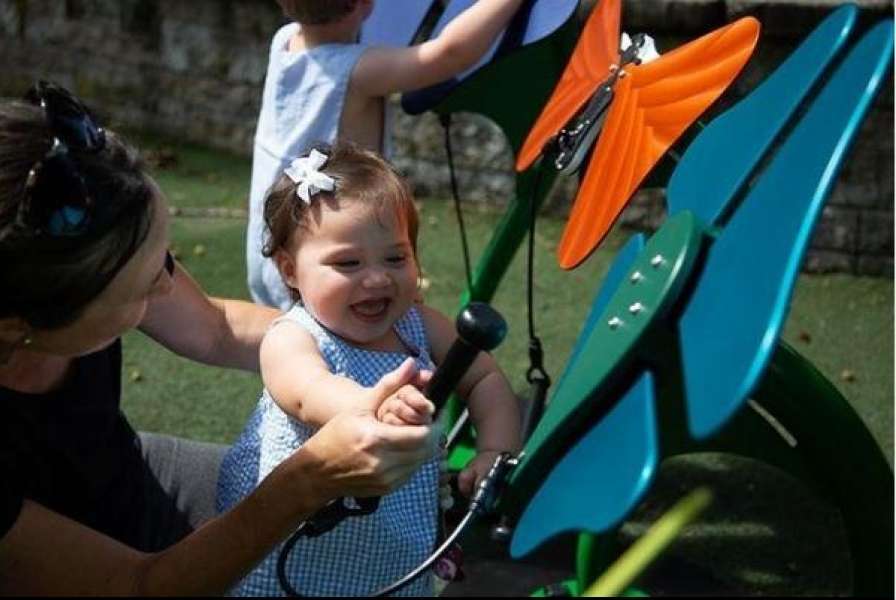 Brain-Based Research on the Positive Impact of Music on Individuals

Engaging the Whole Brain with Music

We now know differently. The capacity to learn, solve problems, and be creative is hardwired into our brains. It is not the brain itself that determines our cognitive abilities, but rather the way it is trained and used. Technological advances enabling neuroscientists to view and understand brain activity have created a groundswell of research examining various factors that impact cognitive function and development. What we have learned from this wealth of scientific study is that the brain is like a muscle, for it can change and grow “stronger.” When we engage more regions of the brain simultaneously, we create the conditions necessary for deeper cognition, improved memory, and enhanced processing abilities. We have also discovered that the brain changes with prolonged or repeated experiences.

Music making is one of the most demanding cognitive and neural challenges for a person, requiring a complex coordination of multiple actions to hear, process, or produce sound. Various elements of music, such as rhythm, melody, pitch, tone, duration of notes, texture, etc., are processed in different circuits throughout the brain.

Auditory perception and motor actions that are required to produce sound when playing an instrument toggle back and forth between the auditory cortex and the cerebellum as well as other regions of the brain. Imagery created by music is analyzed in regions of the frontal lobe. Singing is dominant in the right temporal lobe, while the syntax of lyrics and the composition of music are primarily processed in the left temporal lobe. All our neural systems—motor, sensory, emotional, and analysis—are activated when we experience music through creation or enjoyment.

This whole-brain engagement ultimately strengthens the corpus callosum. When it comes to this particular brain region, size definitely matters. The corpus callosum is a thick bundle of nerves that connects the right hemisphere with the left hemisphere and allows brain regions with very different functions to work together. When it is strong and healthy, the corpus callosum enables the coordination of creative, scientific, mathematical, and linguistic processes and facilitates highly complex cognitive tasks. When it is underdeveloped or damaged—as in cases of autism, fetal alcohol syndrome, and traumatic brain injuries—the brain lacks the connectivity for even the simplest cognitive tasks.

In 2013, a team of scientists examining Albert Einstein’s brain discovered that he had an unusually large corpus callosum. Even at his death at the age of 76, his corpus callosum was still a superhighway of connectivity. Neuroscientists believe that Einstein’s genius can largely be attributed to this connectivity, which activated his creative, scientific, and mathematical control centers simultaneously. While it is not known whether Einstein was born with a colossal corpus callosum or if it grew larger throughout his lifetime thanks to neuroplasticity, it is believed that this was the key to Einstein’s spatial and mathematical creativity. His brain also provided evidence of his lifelong love of playing the violin. High-resolution photos detailed a large “knob” on the primary  motor cortex, the region of the brain that is activated with left-hand  movements, which is probably the result of Einstein’s early and extensive training on the violin.

The human brain is made up of billions of neurons that communicate through electrical pulses. Our behavior, thoughts, emotions, and memories are the result of this neural communication. When the neurons and electrical pulses sync up, they create brain waves that are classified into five different types, each having a different frequency range. Gamma, beta, alpha, theta, and delta waves all have a specific purpose and each facilitates optimal brain function. For example, a teacher actively engaged in a lesson with her students would be generating beta waves. A leisurely walk in her garden after school would slow her brain waves down to alpha, and if she enjoys a deep, restful sleep at night, her brain waves would slow even more to delta.

If you could actually view your brain waves in action as you went about your day, you would see all five types in use. Depending upon what you are trying to do—learn a new language, solve a brain teaser, or brainstorm the next big idea—one type will normally override the others, but they are all in there somewhere.

Ironically, as complex as the human brain is, its tendency to follow a rhythm makes it somewhat predictable and easy to manipulate. Neuroscientists have discovered that sound frequencies can alter brain wave activity. For example, when we listen to music with a fast tempo, our brain waves tend to speed up to mirror the frequency of the music we hear. When we listen to slower music, our brain waves naturally slow down. Think about how differently you feel in a nightclub versus a yoga class.

In the 1990s scientists discovered the concept of neuroplasticity. Scientists use the term to describe the brain’s ability to adapt and change as a result of prolonged, repeated, or intense experiences. Since that time, there has been an explosion of research in labs all over the world, from scientists of varying disciplines, using a wide range of research methods to examine how experiencing music affects the nervous system. The multi-sensory nature of music stimulates neuroplasticity in an extraordinary way because of the multiple neural systems in action simultaneously. Overwhelmingly, the findings confirm that the plasticity of the brain and the changes in structure and neural connections made through extensive exposure to music also prime the brain for other cognitive tasks, including language, speech, memory, focus, and concentration.

An active engagement with music not only enhances neuroplasticity and strengthens neural connections, but it also primes the nervous system and influences overall health and emotional well-being. These benefits extend far beyond developing music appreciation, understanding musical theory, or just pure enjoyment. The act of experiencing music facilitates a broad range of physical development as well as cognitive, emotional, and social growth. Even infants demonstrate a neural response to pitch, melody, and other musical elements in songs played to them for several days. For example, premature babies have demonstrated significant physiological improvements, such as heart rate, oxygen saturation, and respiration rates, when exposed to music.

A large and expanding body of research indicates that making music delivers even greater benefits than listening to music. For example, one study found that playing an instrument early in life can slow brain aging in senior citizens. Older people who had musical training when they were young could identify speech 20 percent faster than those with no previous training. In another study, preschoolers who learned how to play the keyboard performed better on spatial-temporal reasoning tests than their peers who received computer instruction or those who didn’t receive instruction in either activity. Elevated spatial-temporal reasoning is believed to result in higher math and science performance. From improving language skills to math-related reasoning, decision-making, emotional regulation, and slowing the aging process of the brain, scientists agree that making music enhances brain function.

Because the neuroplasticity effect of music is more pronounced in children, we have seen an explosion of research in recent years focusing on the impact of music training on education and our capacity to learn. For example, a recent study explored the plastic changes in the brains of children who received musical training compared to those who did not. They found that just two years of musical training in a child’s early years physically alters his brain. In addition, children who participate in formal musical training demonstrate better verbal memory, second language pronunciation accuracy, reading ability and executive functions. Learning to play an instrument as a child may even correlate to higher academic performance and IQ in young adulthood. When children are actively immersed in music—producing different dynamic sounds on pitch with an instrument in a rhythmic pattern—they develop permanent neural systems and structural changes in the auditory and motor regions that stay with them through life.

Over the last decade or so, neuroscientists exploring the impact of making music on the developing brains of children have identified six structural neural differences in the prefrontal cortex between musicians and non-musicians. The prefrontal cortex is the region of the brain responsible for executive function, decision-making, impulse control, and planning. Playing a musical instrument enhances the development of this brain region in the early years, which transfers to significantly greater academic growth across all school subjects. A recent meta-analysis of 15 studies found a “strong and reliable” correlation between musical training and intellectual development as measured by standardized test gains and significant increases in IQ. The longer the students played musical instruments, the higher the gains. This is supported by a wealth of research that shows actively experiencing music activates the brain regions responsible for memory, focus, and concentration.

Active engagement with music has also been linked to an increase in emotional sensitivity and emotional intelligence, more positive attitudes towards school, better attendance, increased self-confidence and persistence in overcoming frustrations when faced with challenges or obstacles, and greater intrinsic motivation for learning.

Sources for this article can be found in Natural Harmony®: A Guide to Blending Outdoor Music & Community™

Want more information on how you could get the positive impacts of music? 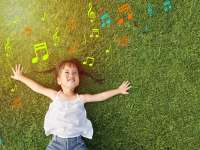 This is How Music Can Change Your Brain

Northwestern University conducted a study on the cognitive benefits of music classes.