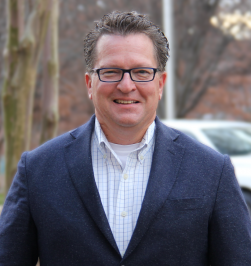 For over a decade, he actively served in the (Access Board) Recreation Access Advisory Committee and Regulatory Negotiation meetings and additionally served on the advisory panel for the Access Board’s on-line Technical Assistance and Training for Play Area Accessibility. Tom served for over 15 years on the Board for the International Playground Contractor’s Association (NPCAI), and is a founding steering committee member and active leader on the U.S. Coalition for Play. Tom is one of few recipients of the coveted Joe L. Frost Play Research Collection National Play Advocate Award in April 2008.

Additionally, over the past five years, Tom has led Dr. Stuart Brown’s National Institute for Play (NIFP) Board and is the project co-leader of the first known on-line database of scientific and academic research creating a cohesive picture about the proven scientific benefits of play. Tom received Auburn University’s School of Industrial and Graphic Design Distinguished Service Award for his leadership teaching ten design studios over the past twelve years. Finally, Tom serves on the Canadian Standards Association Children’s Playspaces & Equipment Z614 committee and is representing the United States on the ISO TC83 Playground Equipment committee.

Tom is a passionate play advocate and enjoys the many fun opportunities he has created at his “Boneyard” to play outdoors with family and friends of all ages.