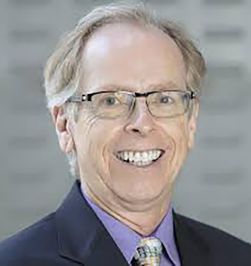 Dr. Sallis has made contributions to the field of physical activity in the areas of measurement, correlates of physical activity, intervention, and advocacy. His health improvement programs have been studied and used in health care settings, schools, universities, and companies. As Director of Active Living Research he helped build an interdisciplinary field of study on the role of environments and policies in physical activity. He is an author of over 700 scientific publications, co-author of several books, on the editorial boards of several journals, and one of the world's most cited authors.

Dr. Sallis has received awards for his science from the American College of Sports Medicine, Society of Behavioral Medicine, and American Psychological Association Division of Health Psychology. He received a lifetime achievement award in 2011 from the President's Council on Fitness, Sports, and Nutrition. He is an elected member of the National Academy of Medicine. His current focus is using research to inform policy and environmental changes that will increase physical activity and reduce childhood obesity.