A Scholarly Blog on Play

As a like-minded play advocate, PlayCore is proud to partner with Dr. Stuart Brown on furthering the advancement of play and helping our world understand the critical importance of participating in play throughout life. Our work together thus far has resulted in several play concepts that promote attunement between family members, and we are honored to feature Dr. Brown as our Scholarly Writer in Residence, a role in which he will impart his wealth of knowledge through seminars, features, and a monthly blog.

To learn more about his unique insight on play, request the new program, The Science of Play™, or check out his informative blog, shown below.

Play behavior is one of the most important parts of being human. It is also part of the natural instincts that children possess. There are certain components of the environment that seem to evoke natural glee, and parents, caregivers, or teachers can observe what naturally and spontaneously evokes that natural reaction in children.

For example, if a child actively and routinely seeks interaction with other children, and that produces gleefulness, we should encourage that child to socialize with other children and even seek employment in that arena as adults because that is what they really enjoy. If on the other hand, an introverted kind of joyfulness occurs; don’t force that child into something that is not necessarily comfortable, but let them follow innate curiosity. If we observe and encourage actions that produce natural glee, it helps children learn, and become happy adults. 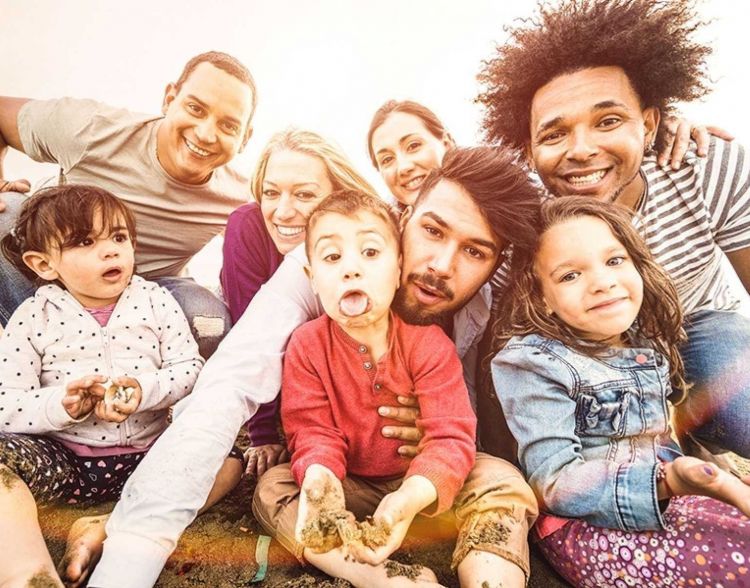 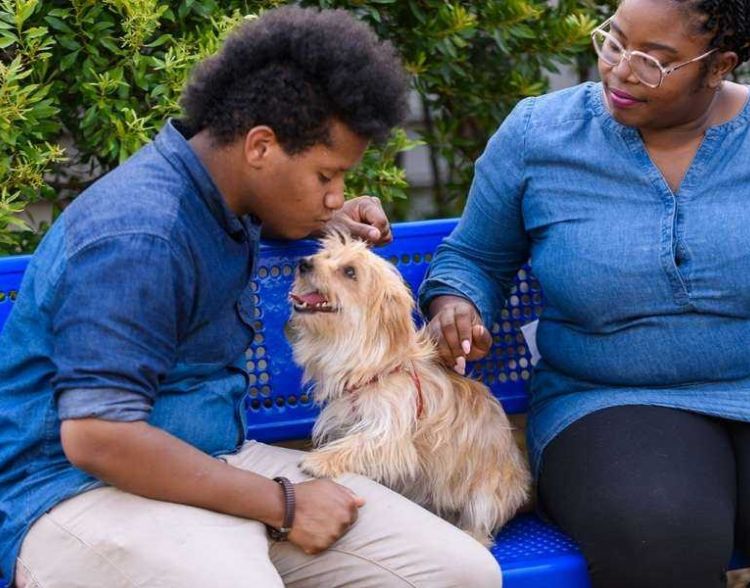 The Science Behind... Dog Parks 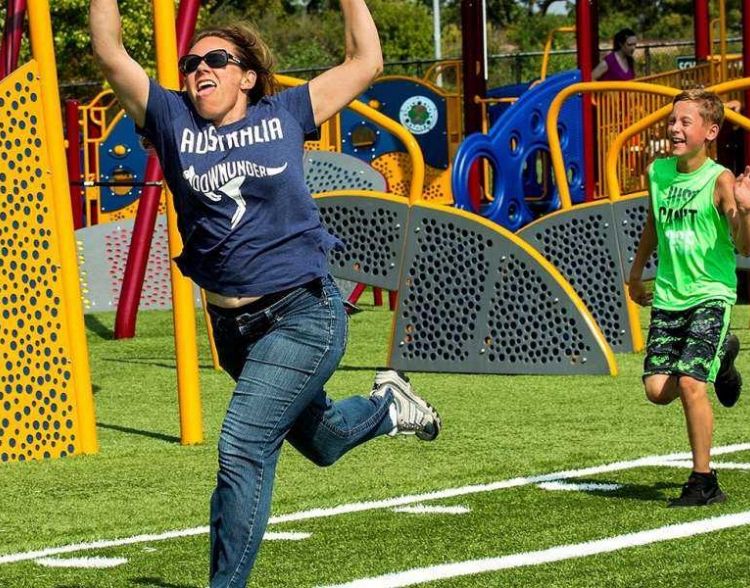 Play provides us with adaptive flexibilities, and is particularly needed to help us cope with the COVID-19 pandemic and our polarized society. 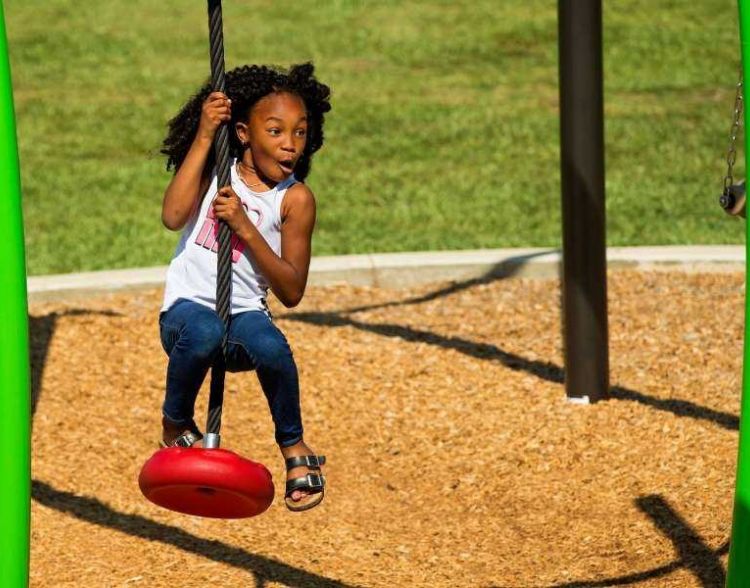 This blog examines a broader concept of vaccination, not as injection against toxic invader, but to suggest that through play, increased well-being is achieved. 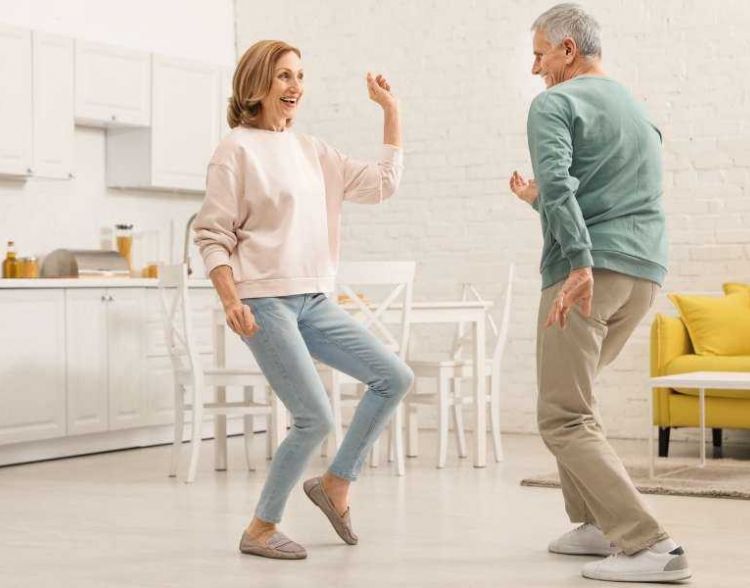 Music is play for everyone

This blog emphasizes how rhythm, music, and movement can help to produce “states” of play, which improve well-being and the quality of life for all ages. 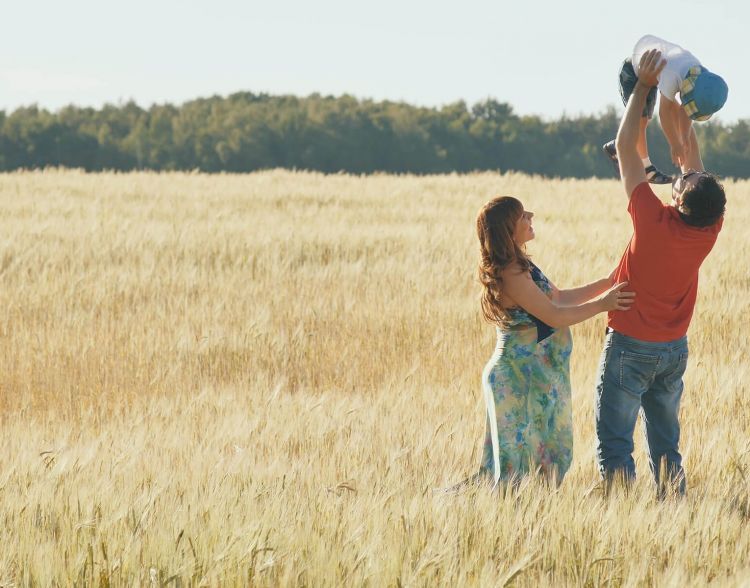 Epigenesis, play, and its effect on our lives

The positive effects of play can be felt before birth throughout the entire human life cycle and to generations beyond the present one. 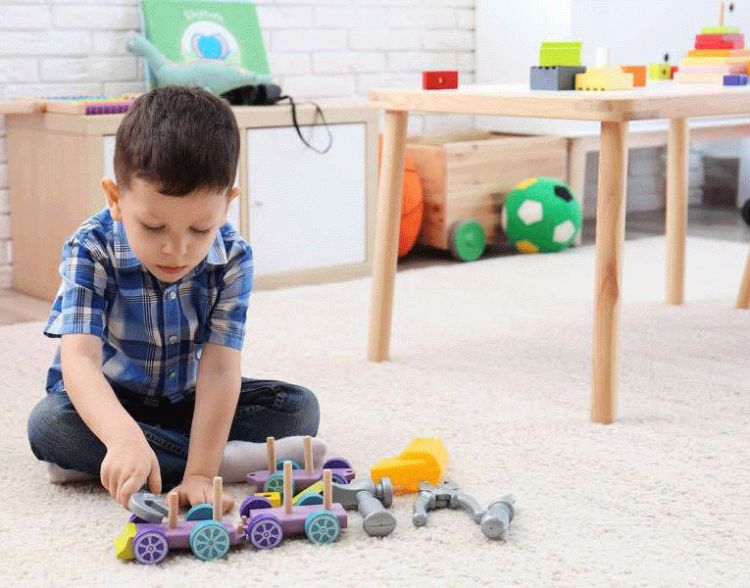 Tinkering and its Relationship with Problem Solving

In his latest blog, Dr. Stuart Brown talks about how those who played with their hands when young may be able to problem solve better than those who did not. 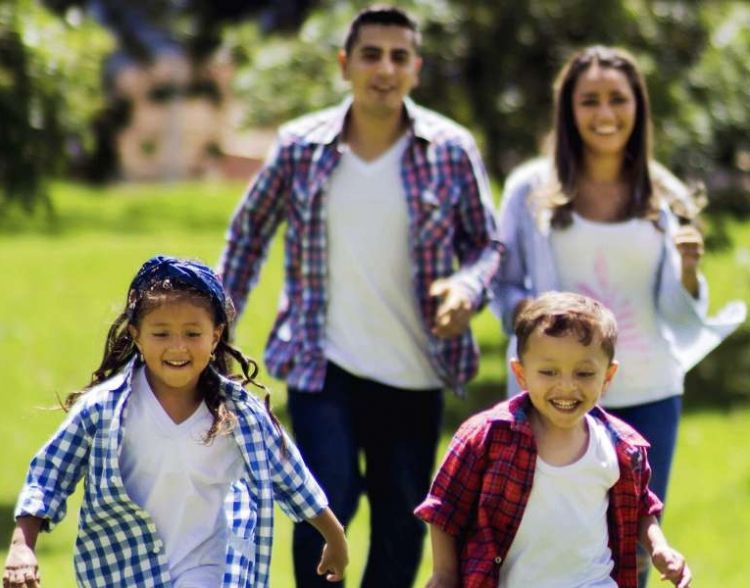 In previous blogs, we've reviewed broad ways of seeing play behavior and provided an expanded intellectual understanding of play; however the most value of play is gained when one experiences it as a joy-producing and life-enhancing "state of being." 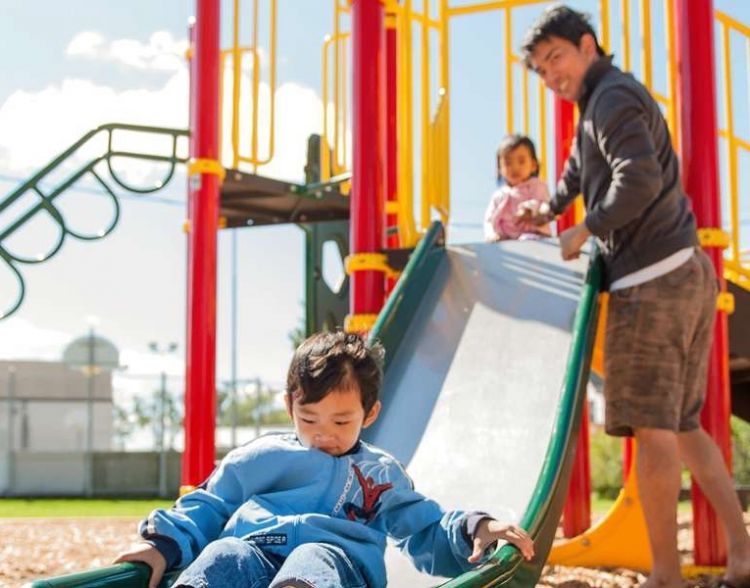 The way a safe and well-fed infant matures and spontaneously begins to play is affirmation of its nature as being an integral part of our human design to play in various ways. 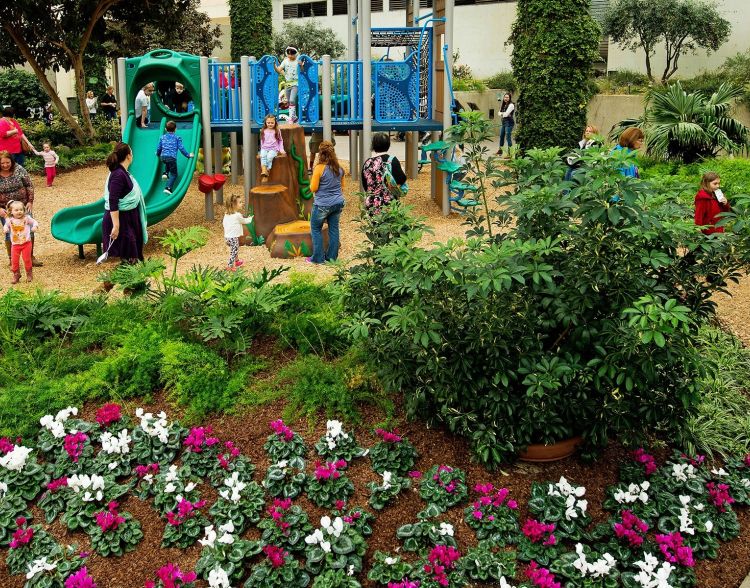 In this post we will examine how combining play with NATURE can amplify the positive effects that both have on human well-being. 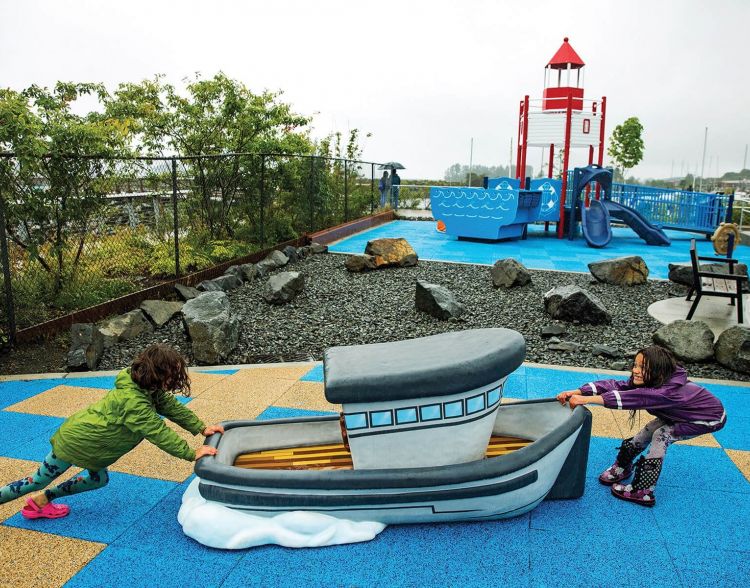 How Play Helps Us Develop Resilience

Research shows that play helps one deal with stressful situations and cope better with unexpected challenges.. 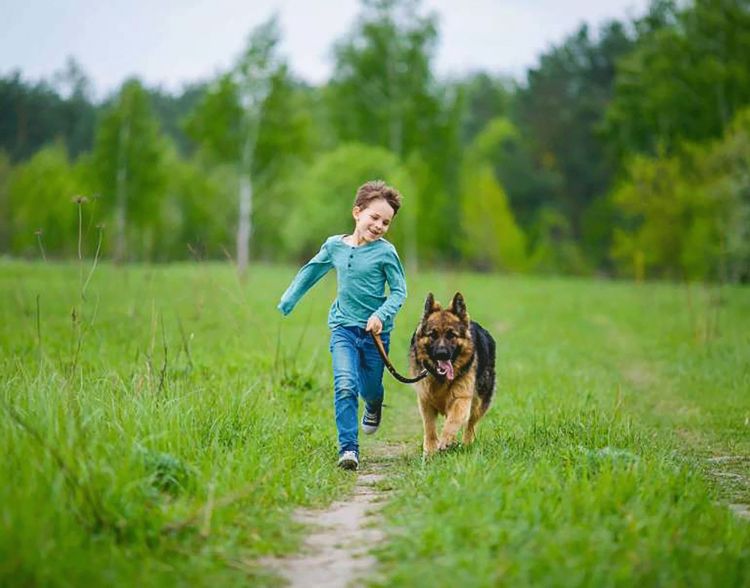 Play and the Brain 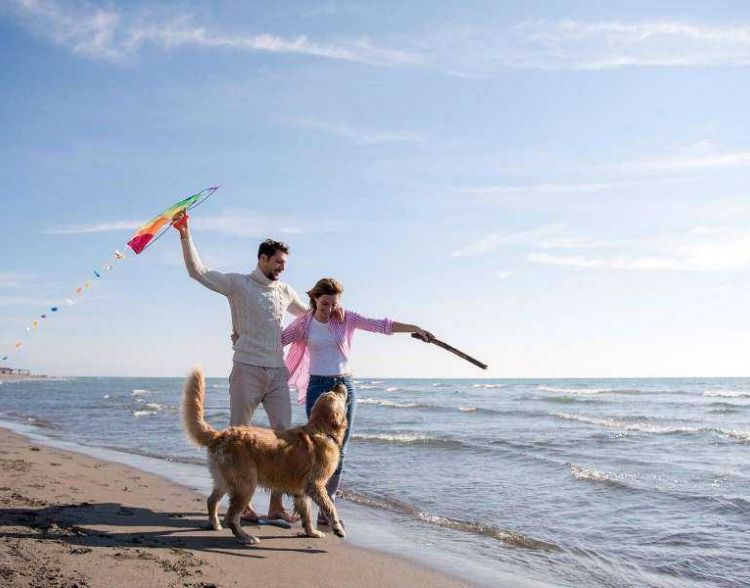 With a little prompting, we can the trigger the spontaneous play we enjoyed in childhood. Embedded in our nature is this capacity to lighten up our adult lives. 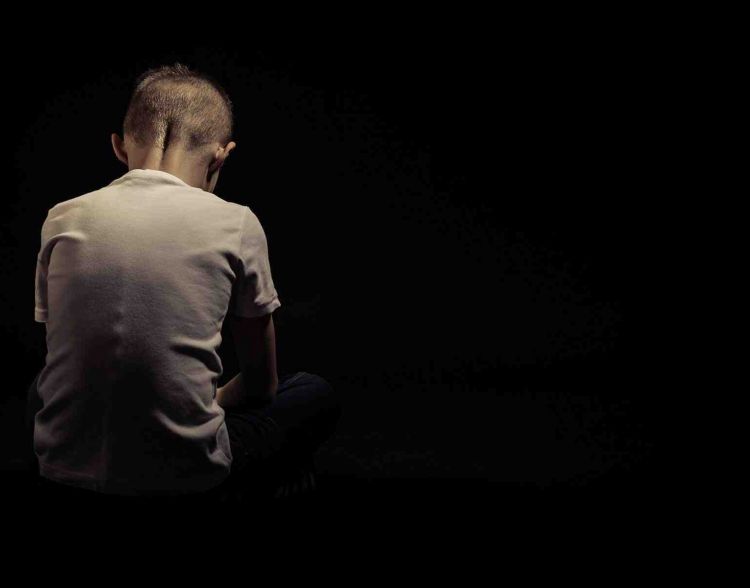 Rough and Tumble Play - Consequences of a Play Deprived Life

In this blog post, we will focus on one pattern of play behavior, ROUGH AND TUMBLE PLAY and the consequences of a play deprived life. 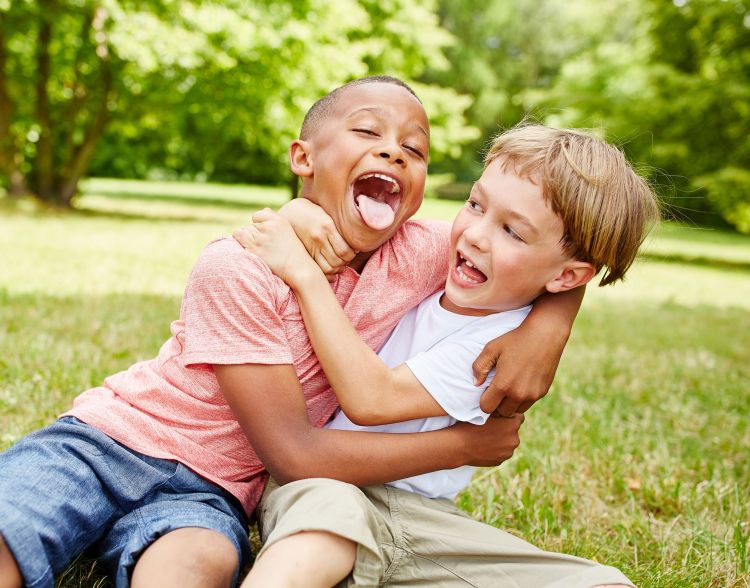 Rough and Tumble Play - Is It Necessary? 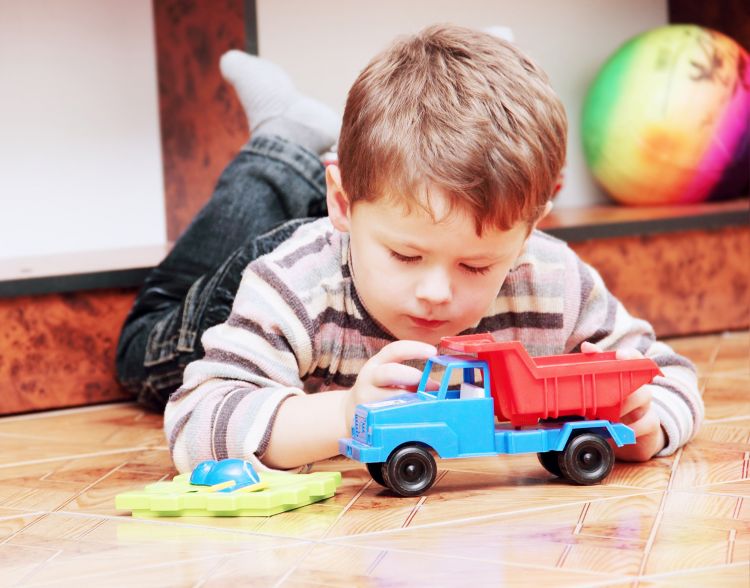 Early Play Patterns as a Predictor of Life and Passion

Play patterns emerge early, and their hallmark is spontaneous glee. 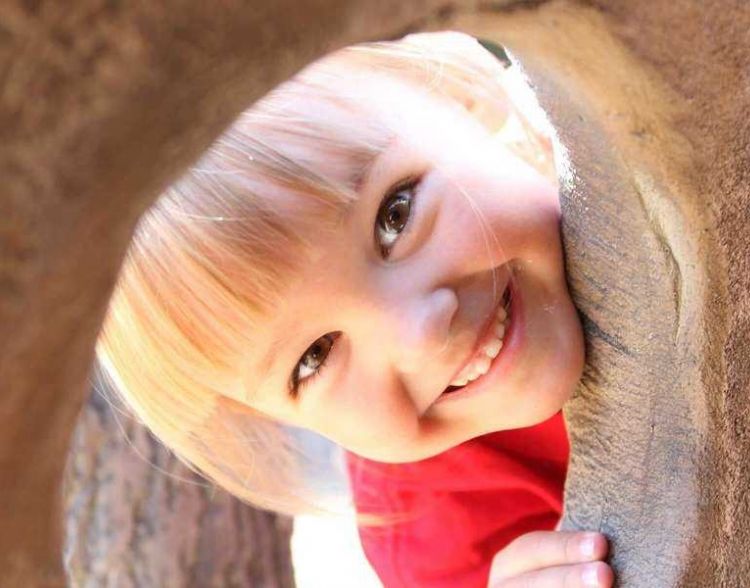 Humans are designed by biology to play throughout their entire life cycle. 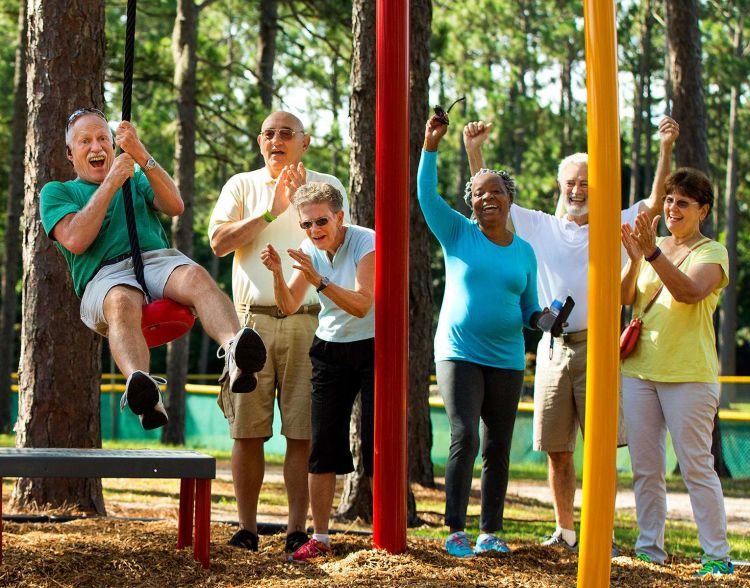 Play for Seniors: A Health Mandate

Play is certainly a major part of everyone’s human nature, and within each of us resides an active or dormant play nature, able and waiting to be more fully activated! 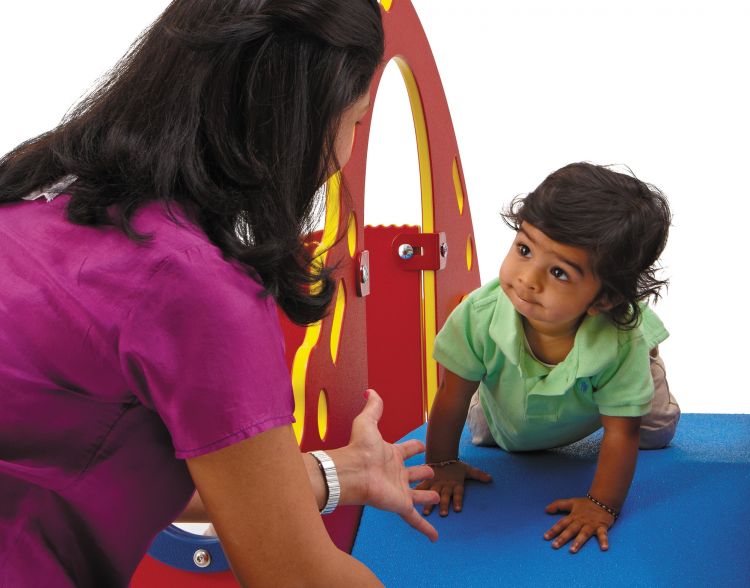 Is there a beginning moment when play is recognizable? 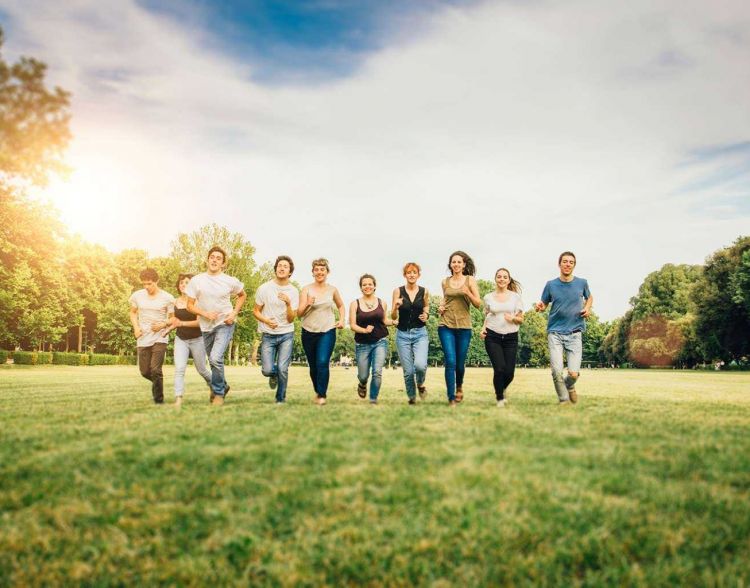 Play and movement, and “knowing” through movement 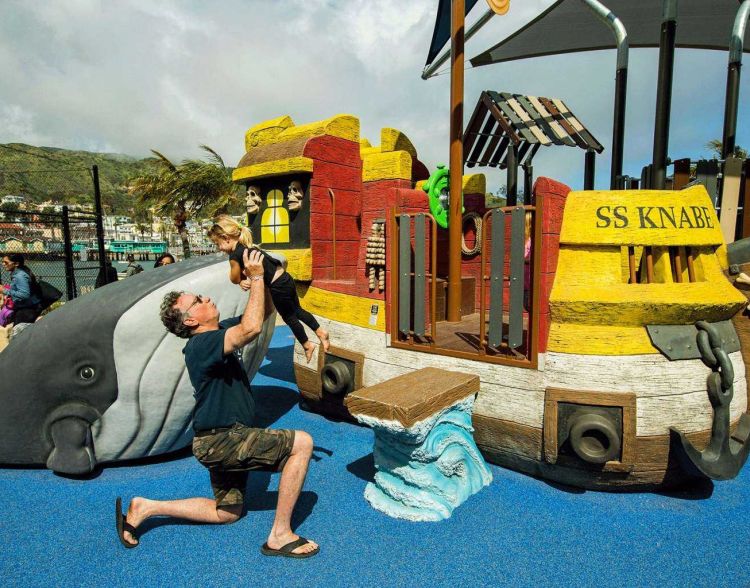 Neoteny: To play is deeply embedded in our human biological design. 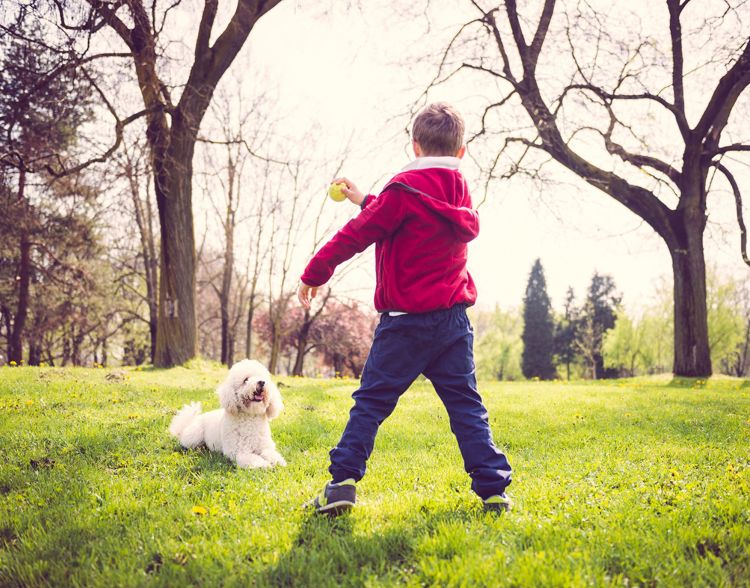 Human Play and Animal Play: Why We're More Similar Than You Might Think

Have you ever wondered why a yarn-ball romp with your kitty, or tug of war with your dog is so contagious and fun? And so good for you? 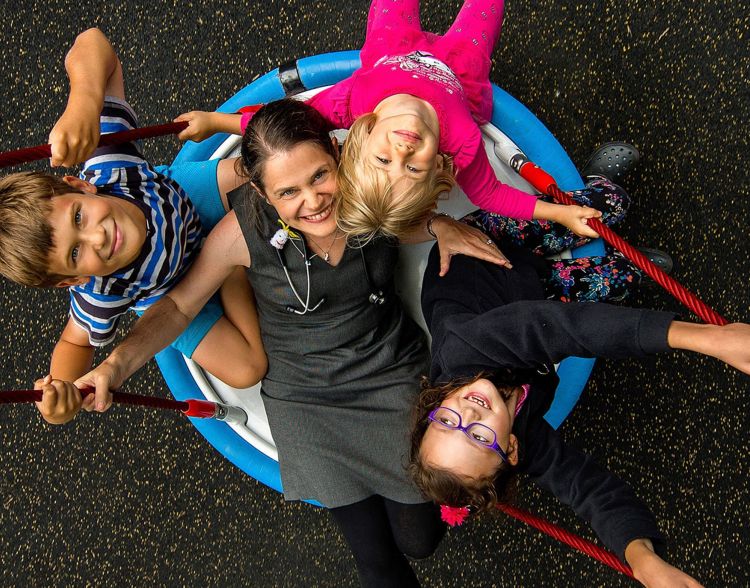 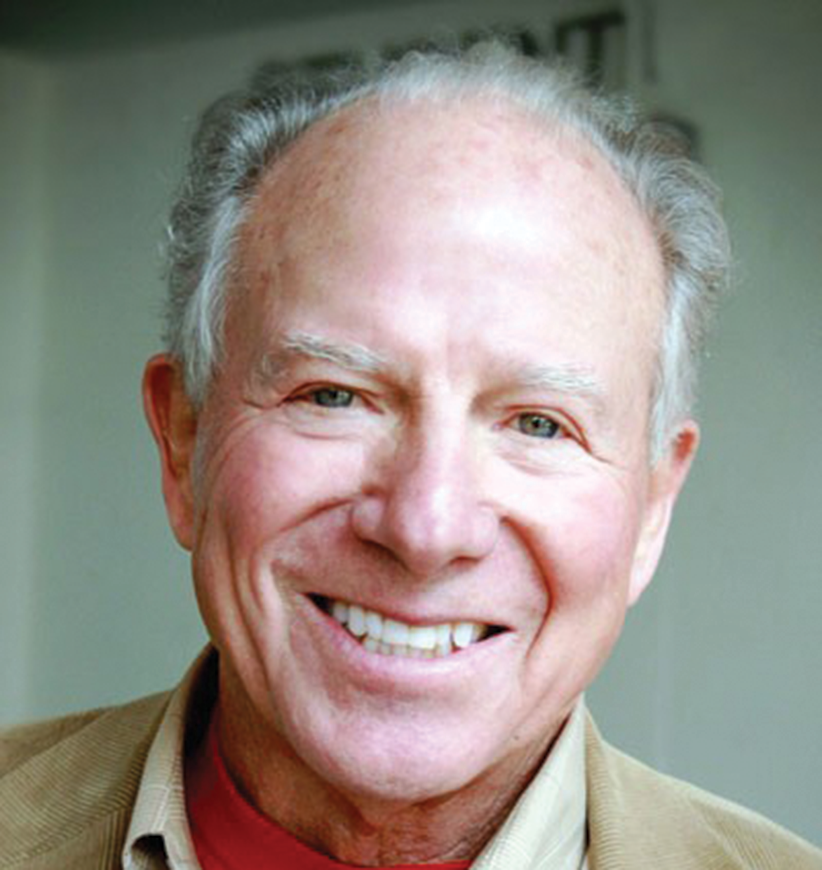 Trained in general and internal medicine, psychiatry, and clinical research, Dr. Stuart Brown enjoyed a playful childhood and the benefit of growing up in an era when children, when they weren’t in school or asleep, lived their lives independently engaged in play with their peers. As an adult, he pioneered studies on the importance of play through research on homicidal young males, and felony drunk drivers, finding a startling common thread in their stories: serious lack of play in childhood.

As his career progressed through roles as Asst Professor of Psychiatry at Baylor College of Medicine, Fellow in Psychiatric Research at Harvard’s McLean Hospital, Chief of Psychiatry at Mercy Hospital and Medical Center, and an Associate Professor at UCSD School of Medicine in San Diego, CA, Dr. Brown believed that play could be the key to discovering the full potential that is in everyone, but also that defining “play” would require more in-depth understanding of its essential nature. He was surprised that much of the play-related research he reviewed was fragmented and siloed. He also noted the absence of quantitative confirmation of clinical observations, not to mention a scientific and evidence-based way of understanding, and suggesting, how to improve play and give us all permission to play more.

Over his career, he documented thousands of in-depth personal play profiles irrefutably demonstrating the negative emotional and multi-sensory consequences associated with a play-deprived life. In addition, this work also confirmed that the active presence of ongoing play is present in the accomplishments of the very successful. 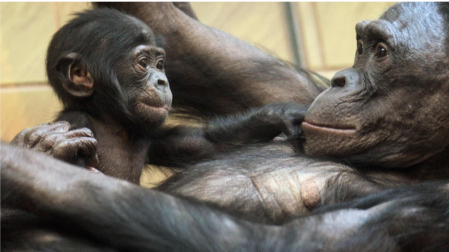 In 1989, upon leaving clinical medicine, he decided to pursue play in even greater depth. To gain insights, Dr. Brown turned to animal play research. Working with the National Geographic Society and Jane Goodall, he became acquainted with the premier animal play experts in the world, observed animal play in the wild, and began to understand play as a long-evolved behavior important for the well-being and survival of all animals. As a result of his extensive studies, Dr. Brown came to understand that humans are uniquely designed to enjoy and participate in play throughout life and launched the organization, the National Institute for Play, to promote the integral role play has in human development and overall well-being. He has written and lectured about play in numerous public and scholarly forums, has directed and produced several documentaries and learning series about play and similar topics for CBS, PBS, and BBC, and written the book Play: How It Shapes the Brain, Opens the Imagination, and Invigorates the Soul.

About the National Institute for Play 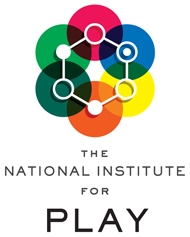 The National Institute for Play (NIFP) is a 501c(3) non-profit public benefit corporation committed to bringing the unrealized knowledge, practices, and benefits of play into public life. It is gathering research from diverse play scientists and practitioners, initiating projects to expand the clinical scientific knowledge of human play and translating this emerging body of knowledge into programs and resources which deliver the transformative power of play to all segments of society, so that people of all ages and abilities understand why remaining playful for life is critical for health and happiness. The National Institute for Play is led by its founder, Dr. Stuart Brown., a Board of Directors with extensive experience in the business, academic, professional sports and non-profit sectors, and a Council of Advisors consisting of distinguished, multidisciplinary scientists and play practitioners.